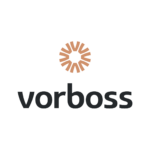 With more than 43,000 officers and staff, the Met Police is the UK’s largest police service and has 25% of the total police budget for England and Wales. As such, it requires considered structure and division of disciplines and skills; with the aim of maintaining a finely tuned, cohesive organisation.

The way to join the Met as a Police Officer has now changed. You can now earn a competitive starting salary of circa £30k per annum and working towards a fully funded qualification.

You will be making a difference to the lives of Londoners, as well as representing the City that live in. With a mixture of university sessions alongside operational on the job training, it’s a perfect method for honing and practicing your new found skills – from the classroom to the streets of London.

Everything that you do will be to support not only the people that live in London, but assist other forces and agencies to bring to justice criminals and organised networks.